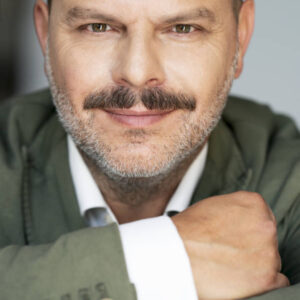 Pietro is the CEO of Olio Tamia as he launched the brand in 2012. He is a passionate professional and taster in the olive oil sector since 2014. Pietro also obtained the olive oil mill technician certificate in 2017. 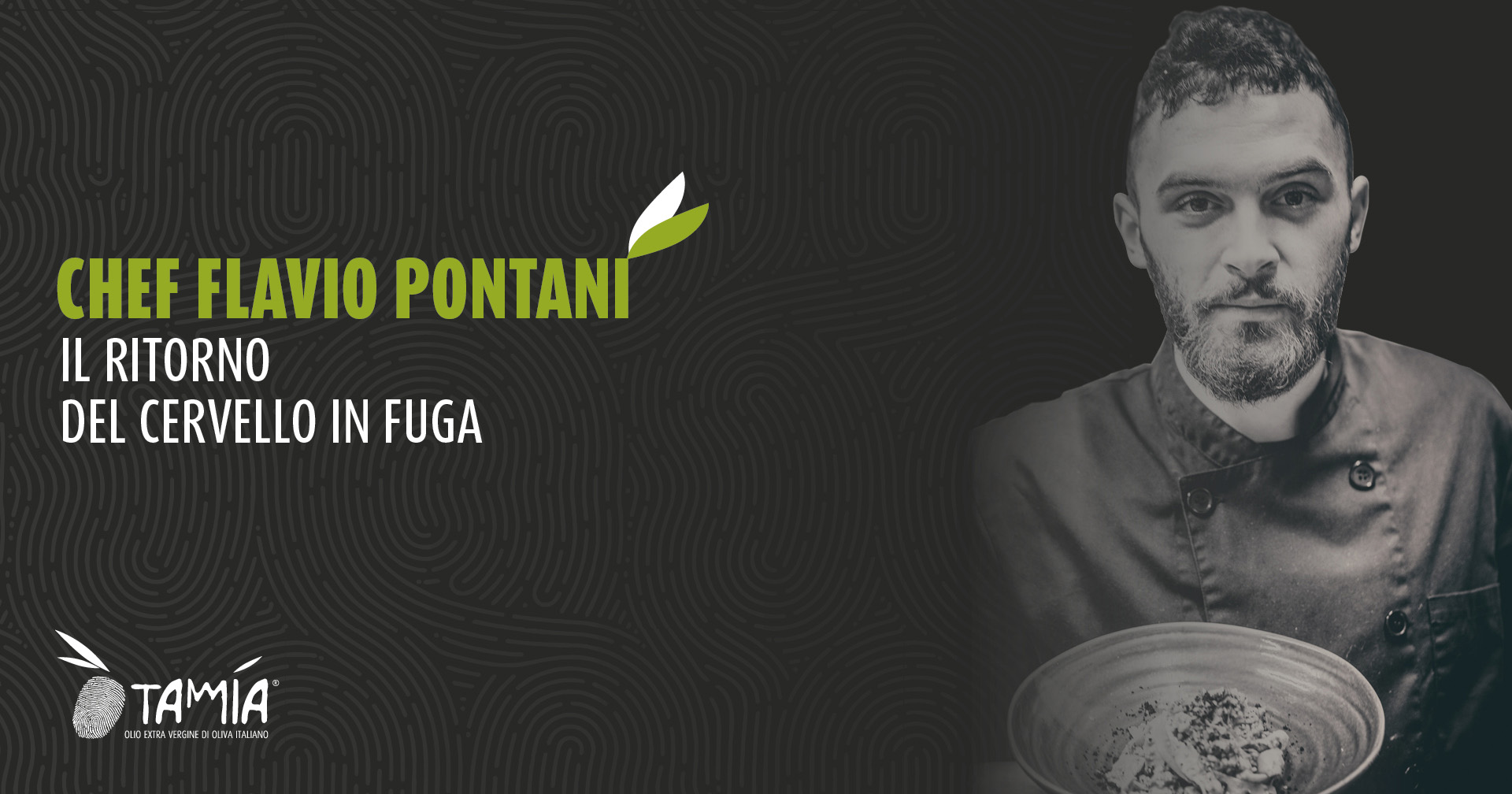 Among the centuries-old chestnut groves of the Tuscia Cimini Mountains, today we met chef Flavio Pontani, a professional who after touring Europe decided to return to his home province. After England, Spain and other foreign locations, Pontani is now the chef at I Giardini di Ararat, an enchanting place that dominates the city of Viterbo from the top of the mountains, completely surrounded by greenery. A return he was not expecting, as he himself admits, but extremely welcome, as it has allowed him to return home.

Good morning chef, how about your first meeting with Olio Tamìa?

Of course! But I must first say one thing: unfortunately, I only had the pleasure of knowing Olio Tamìa this year, when I returned to Italy from my previous experiences abroad. To excuse myself, however, I can say right away that in my ten years of experience I had never experienced anything like this. Not even in Spain, where the Mediterranean climate, very similar to the Italian one, allows the production of exceptional olive oils. Tamìa is something different, really much more refined and right here, at I Giardini di Ararat, I am deepening my knowledge of it day by day.

We are curious… tell us about some of your experiments!

So, right now I have completed a dish that I have called ‘Rabbit cacciatore of the future‘. In this case I wanted to experiment with Tamia Green, which doesn’t need much introduction given the recent awards it has received. It is actually a dish very similar to the original receipt. The sauce, however, is prepared separately and takes on a distinctive fluorescent orange hue. The dish is then served with a garnish of ‘black olive earth’, which I personally prepare, and a broad bean wafer, which adds that bitter touch that would otherwise be missing.

Tamia Green is the icing on the cake: it is added once the dish is complete, maximizing the flavour of the game. This is just one example, I would have many other dishes to tell you about. For example, I combined Tamia Bronze with a spelt and milk cake, but I don’t want to give too much away my secrets… Come and try it for yourself!

Tell us more… what is it that makes Olio Tamìa special in your opinion?

I must say that I consider myself really lucky to be able to work with this olive oil. Thanks to Pietro Re, his patience and professionalism, I was able to make up for all the ‘lost ground’. I have had all the information I needed to get to know each of the different lines they produce, I have been able to experiment and experiment some more, and gradually, more and more recipes and combinations are alternating in my mind. Olio Tamìa is truly from another planet… It reminds me, in a way, of the olive oil my grandfather produced when I was a child.

Well, that is indeed the case! By tasting it, my mind went back to those moments and in Olio Tamìa I rediscovered all the genuineness, the purity, the flavour that was in that oil that my grandfather produced with his own hands. There is no artificial flavour, only phenomenal aftertaste. Each type is something in itself, which I cannot compare with anything else.

In your experiences abroad there was nothing like that? Really?

Well, certainly not in England. There the climate does not allow you to produce a quality olive oil, that’s a fact, and even what they imported I could not compare. It would be really interesting, indeed, to see Olio Tamìa conquering London restaurants. I would really see it there, not least because in London you can find some really great places where this olive oil would definitely feel at home. Even in Spain, with all that the Mediterranean allows that country to produce olive oils of the highest quality, I have not found competitors really at its level. I can’t help it… I may be biased, but Olio Tamìa makes me feel at home wherever I am.

Your favorite Olio Tamia type, if there is one, what is it?

Tamia Bronze, for sure, is the one that surprised me the most. I experienced it with a lemon sorbet, mind you. The taste changes totally and for the better, clearly! I had no idea that olive oil could go so well with a dessert, cold to boot. A very delicate olive oil, but at the same time with an unmistakable flavour that makes it unique.

Before saying goodbye, tell us what else you liked about Olio Tamìa.

Certainly, the attention they pay to us ‘insiders’. For example, the 10-litre Bag in Box that I currently use in my kitchen is perfect. There really is no other description. The size is just right, the tap is easy to open without any effort and there is no need to move it around. It really is very, very convenient. A further pleasant discovery, which makes the whole Olio Tamìa brand something exceptional, to be tried both at home and in a restaurant, if you are like me a demanding chef. 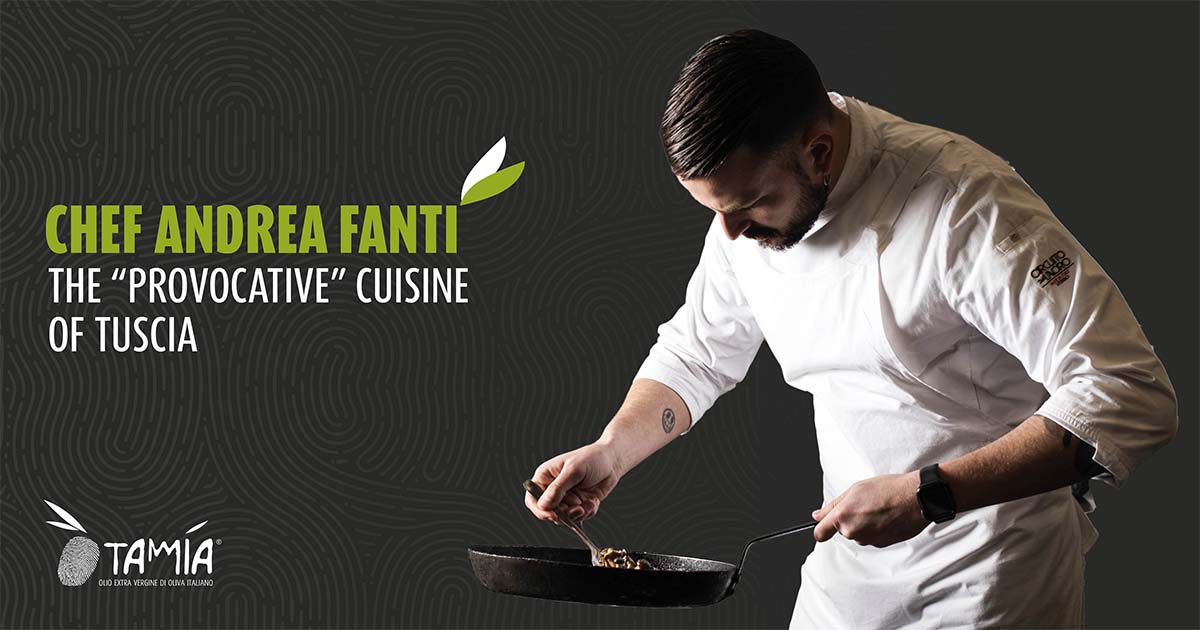 In Chef Andrea Fanti’s kitchen, he is always looking for something new and surprising to offer. That is why with Tamìa products he felt immediately at home. 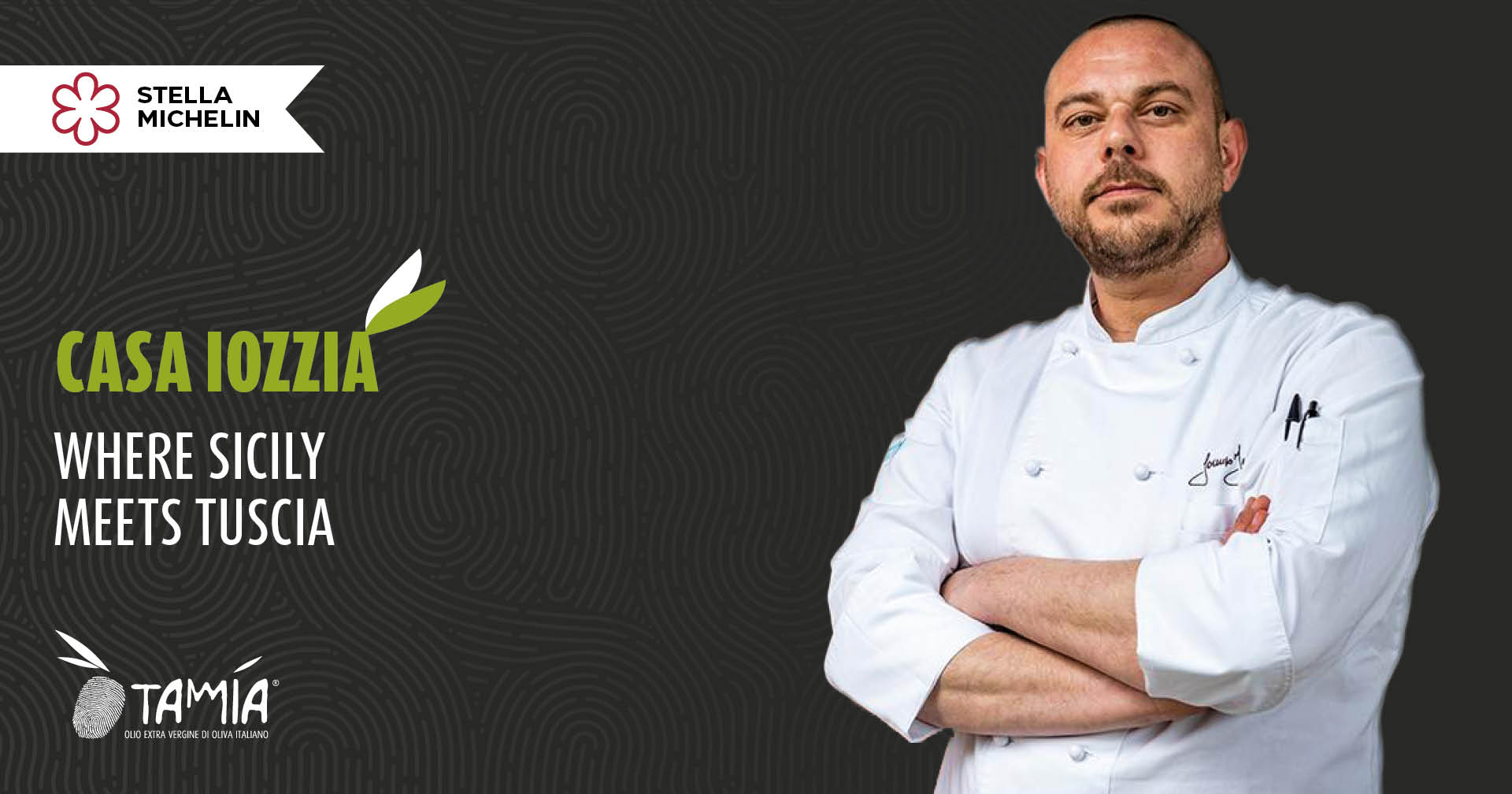 We met Michelin-starred chef Lorenzo Iozzia. In his dishes, which meet the flavours of the ancient lands of Sicily and Tuscia, Olio Tamìa has found a true home. 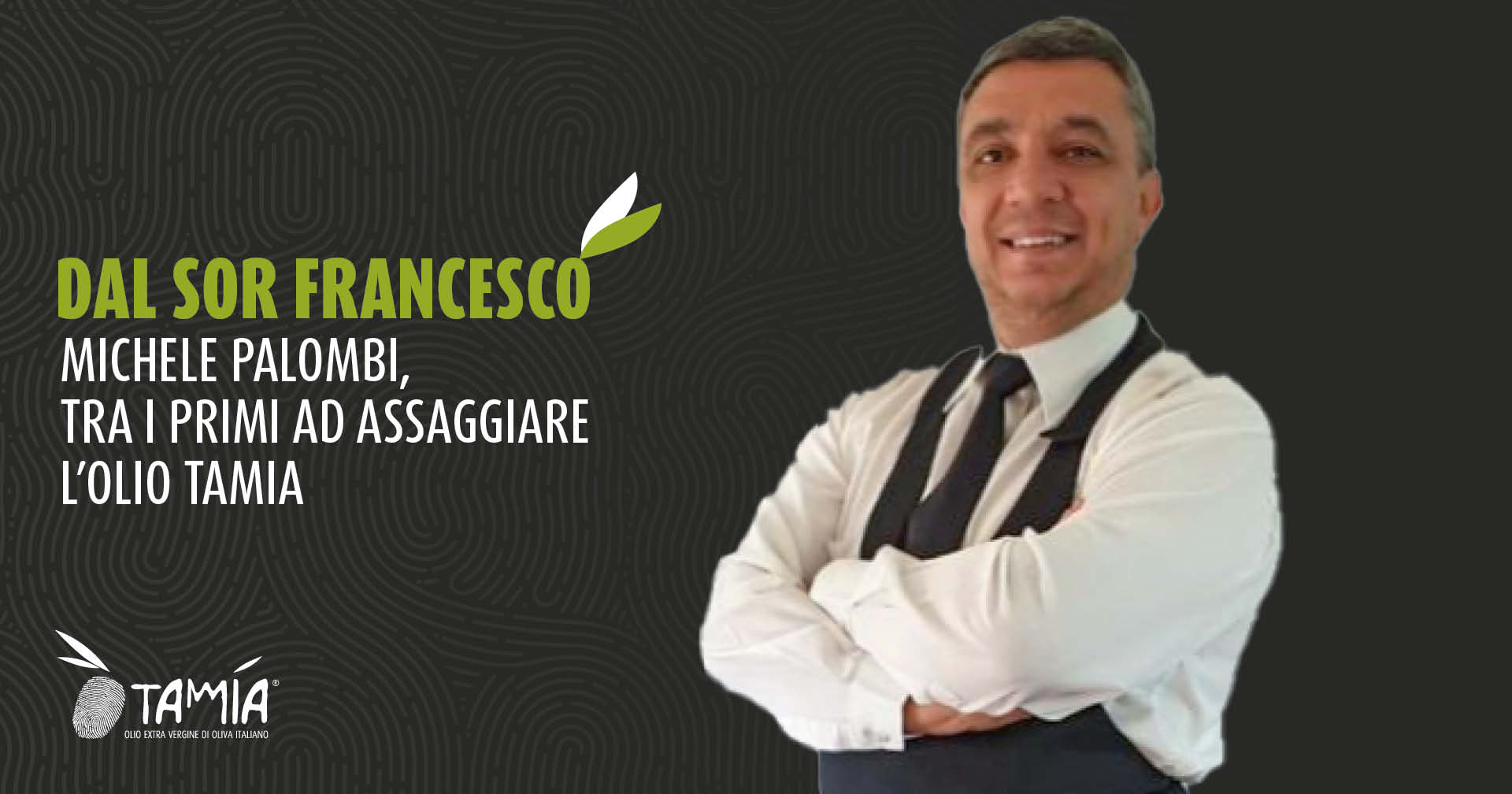 Michele Palombi, among the first to taste Tamìa olive oil